Posted at 16:14h in News by Jeff Badal 0 Comments
Share 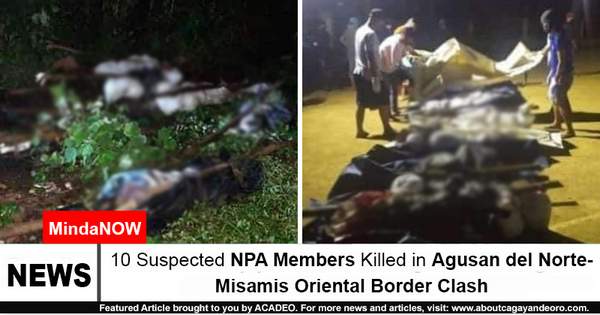 Last Sunday, May 10, 2020, a clash erupted at the border between Agusan del Norte and Misamis Oriental, which killed at least 10 members of the New People’s Army (NPA).

According to Lt. Col. Francisco Molina of the 23rd Infantry Battalion, the first encounter occurred in Sitio Likudon, Barangay Kamanikan, of Gingoog City.

The said sitio is located at the border of Las Nieves town in Agusan del Norte.

Two days later, the dead bodies were recovered and then brought to funeral parlors in Gingoog.