Posted at 16:38h in News by Luis 0 Comments
Share
Mga higala! According to the Philippine Army (PA) and the Joint Task Force (JTF) of Sulu, the two bomb explosions in Jolo, Sulu yesterday, August 24, 2020, were triggered by 2 female suicide bombers! 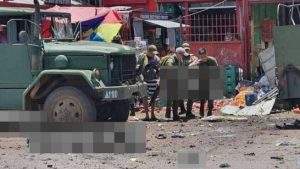 The suicide bombers are said to be the widows of Abu Sayyaf militants– Talha Jumsah, a slain bomb expert, and Norman Lasuca, the first identified Filipino suicide bomber.
Moreover, Brig. Gen. William Gonzales revealed that JTF Sulu retrieved CCTV footage which showed that the first suicide bomber detonated herself near a parked motorcycle. 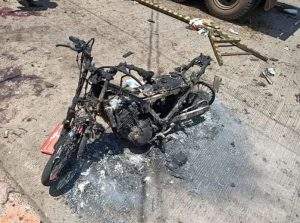 Gonzales then said that the second suicide bomber blew herself up after she was confronted by a soldier who responded in the area, after the first blast.
15 people were killed and 75 were wounded in the said explosions.
The Western Mindanao Command (WestMinCom) is now hunting the Abu Sayyaf Group (ASG) faction under the command of “Mundi Sawadjaan”, who are believed to be behind the blasts.
For more details: