The captured member, who was identified as a 19-year-old male known as “James”, revealed that the said incident is part of their extortion activities. He also disclosed the names of other members who were involved.

Moreover, an anti-personnel mine and a 38 caliber revolver were confiscated by the 58th IB. 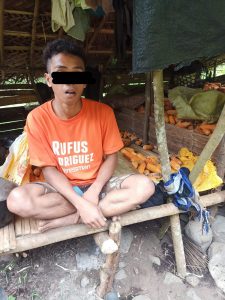 James is said to be a resident of Brgy. Farmbugas in Claveria and was recruited by the NPA when he was only 17 years old.