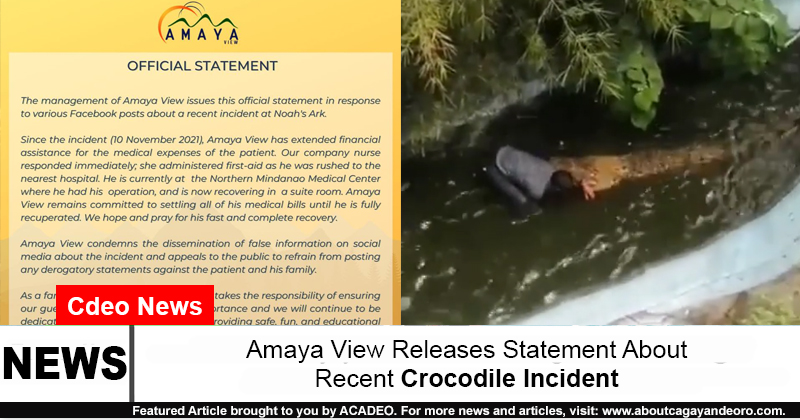 Mga higala! Amaya View, a well-known resort in Brgy. Indahag, Cagayan de Oro City, has released an official statement regarding the recent incident where a guest was injured inside their Noah’s Ark attraction!

ICYDK, an elderly was bitten by a crocodile in the said resort last November 10, 2021, after ignoring all the warning signs around the resort and hopping over the said animal’s enclosure.

According to reports, the old man thought that the crocodile was just a statue and went to take photos inside its confined space.

Below is a video posted by KMJS:

Thankfully, the old man received immediate first aid from Amaya View’s medical staff. He was then brought to the nearest hospital and had an operation.

The resort has extended financial assistance to the mentioned guest and has promised to pay all his medical bills. He is now recovering in a suite room at NMMC.