ICYDK, Ardot is accused of involvement in the illegal drug trade and has been detained at the PNP Custodial Center since 2018. He only traveled to Ozamiz last August 27 to attend a hearing.

According to CNN Philippines, he was pronounced dead, without any bruises or other physical signs of foul play. An investigation is now ongoing.

Below is a photo posted by Mindanao News Express: 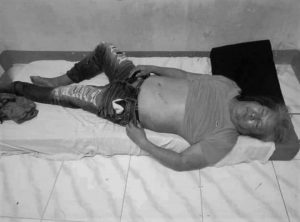