Mga higala! The Philippine Army’s 10th Infantry Division (Agila) has decided to conduct an investigation against a soldier who let his girlfriend, identified as Shynee Redondo, use his uniform for a TikTok video!

In the video, Redondo can be seen wearing a military uniform while holding an R4 carbine rifle. 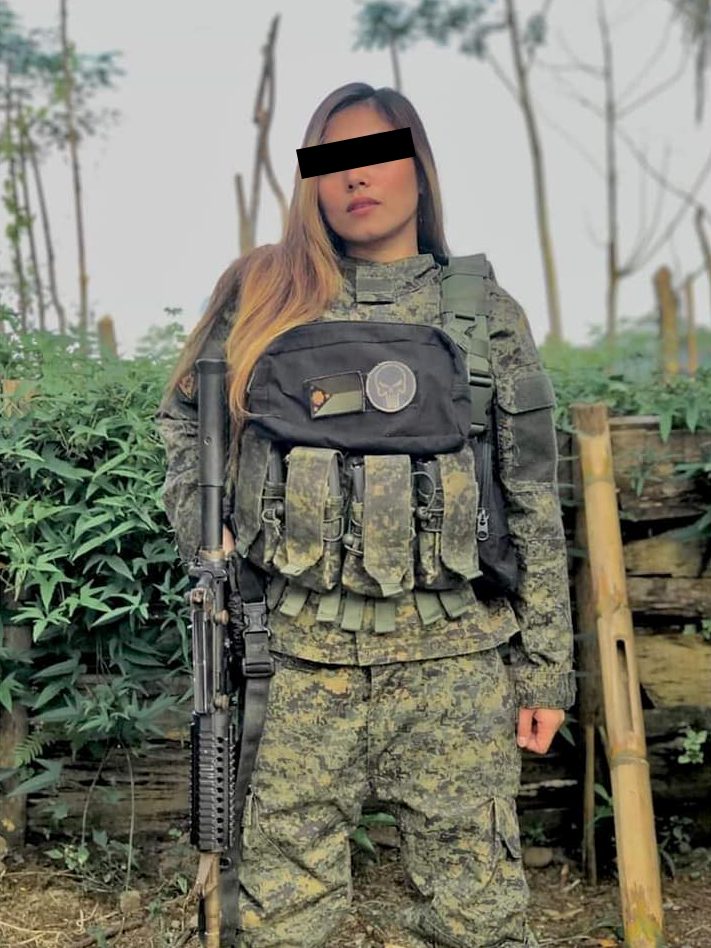 This gained a lot of negative reactions from soldiers and their families. The online racket then caught the attention of high-ranking officials who then ordered to carry out the said investigation. 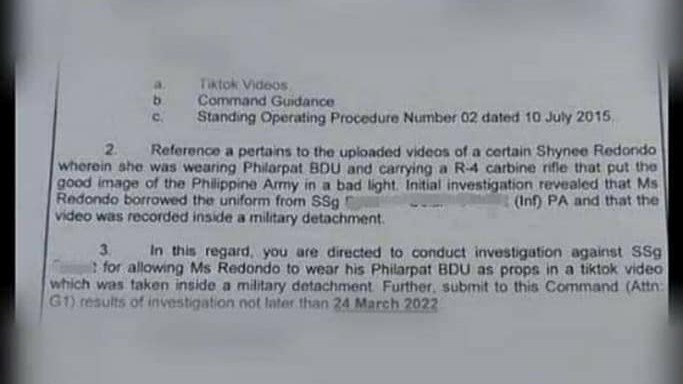 ICYDK, under Republic Act 493, persons not in service are strictly prohibited from wearing, using, manufacturing, and selling of uniforms, insignias, decorations, medals, badges, patches, and identification cards prescribed for the Armed Forces of the Philippines.

(#BeInformed. Redondo and her soldier boyfriend will be facing charges for this higala!)