Posted at 15:18h in News, Shopping by Luis 0 Comments
Share

This is in response to a recent issue where a netizen complained that a certain mall rejected his new P1,000 bill. 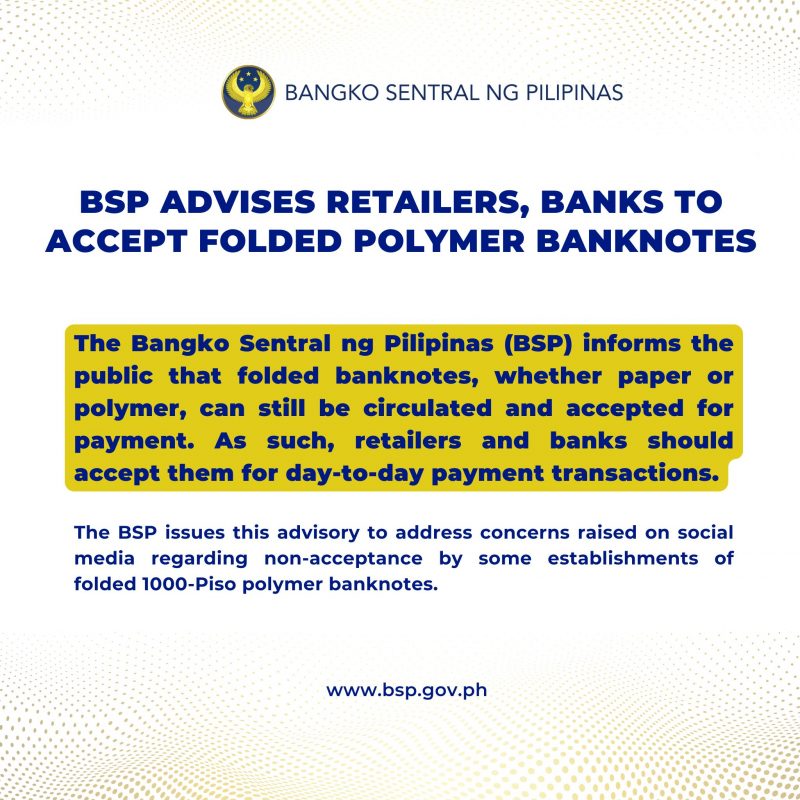 Moreover, SM Supermalls has released a statement regarding the issue: 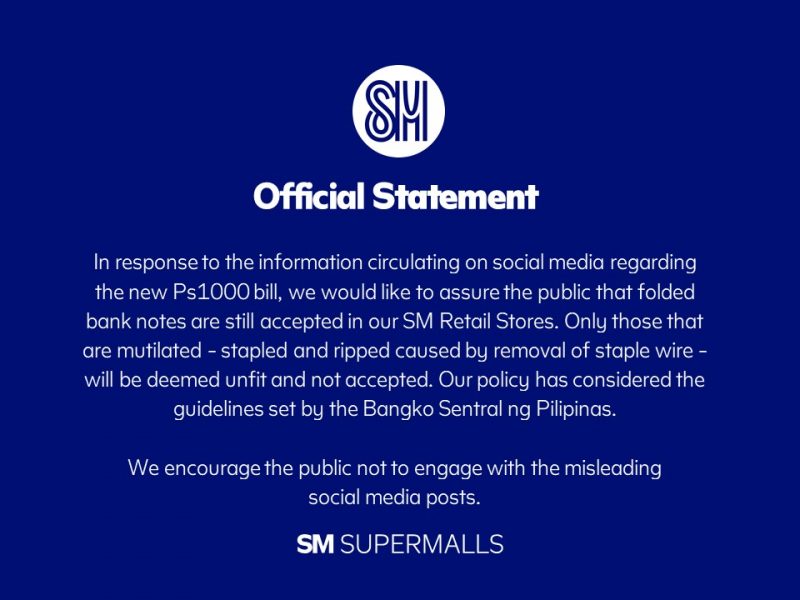