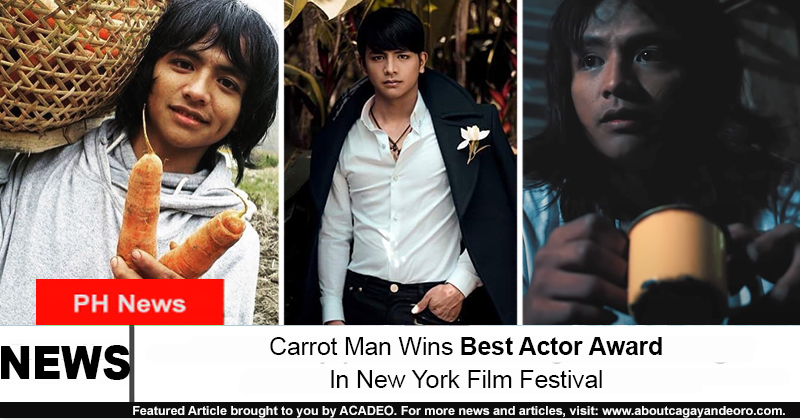 He won the said award for his amazing work in the short film “Dayas” by Jianlin Floresca under Sine Cordillera and Be Unrivaled Productions.

ICYDK, Sigmaton got his nickname Carrot Man after photos of him carrying carrots while working on a farm in the Mountain Province went viral online.

He was then featured and interviewed in various channels, got various projects, and was even hired as a model by well-known local brands.