According to Cabantan’s advisory, the said group is calling themselves the Order of Apostolican Missionaries (OAM). They supposedly have a mission house in Malaybalay City and a formation house in CDO.

However, upon verification with the Catholic Directory of the Philippines and the Chancery Office of Malaybalay, it was discovered that the missionary group does not exist.

Below is the letter that they have been distributing: 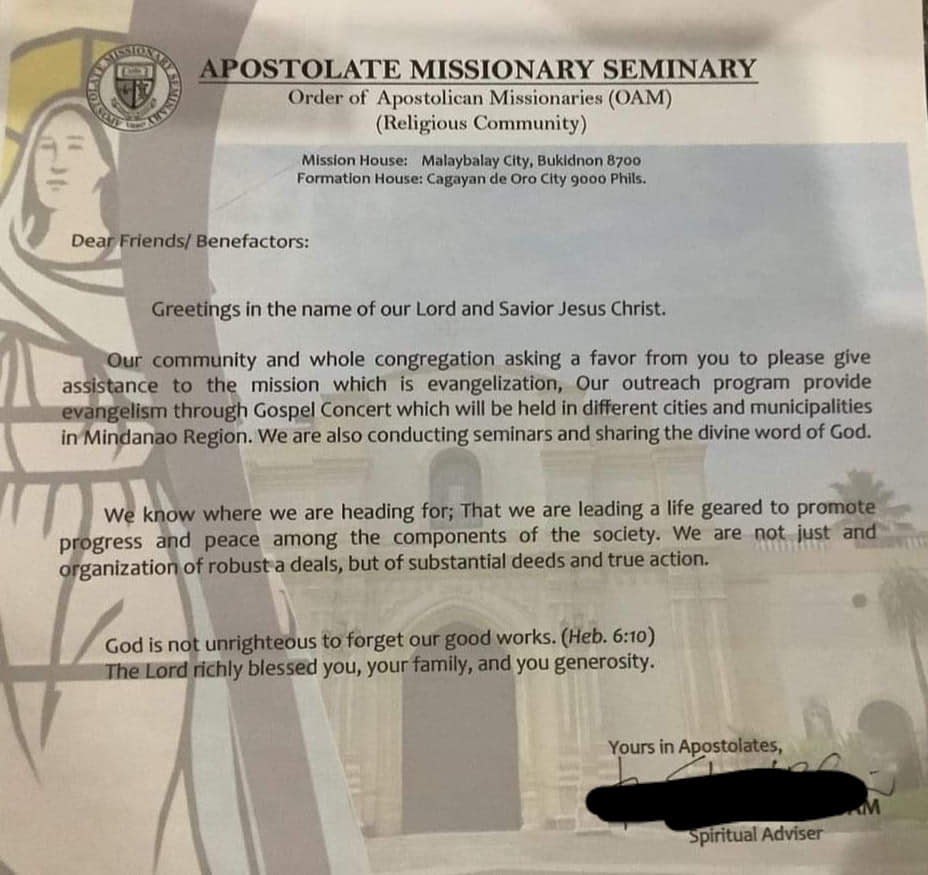 Cabantan urges all devotees to exercise extra vigilance against groups like this and to report similar incidents to their office. 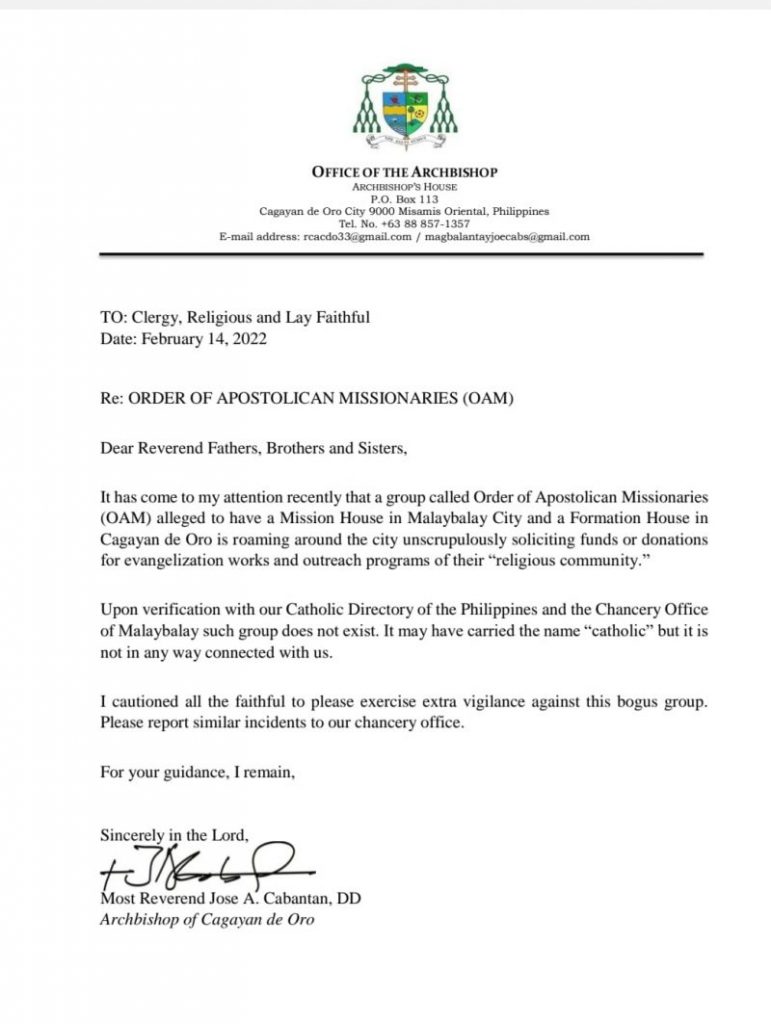