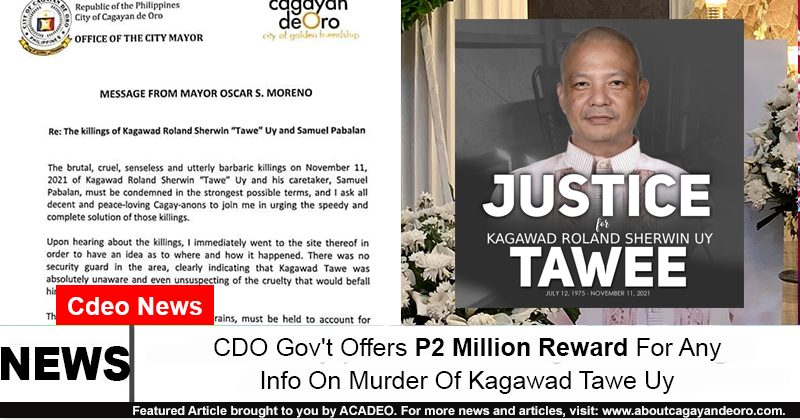 Mga higala! Mayor Oscar Moreno announced yesterday, November 15, 2021, that the City Government of Cagayan de Oro is now offering a P2 million reward for those who can provide any information that can help in the identification and arrest of those responsible for the murder of Brgy. Carmen Kagawad Roland Sherwin “Tawe” Uy and his caretaker Samuel Pabalan!

The police are now earnestly investigating this horrible incident. 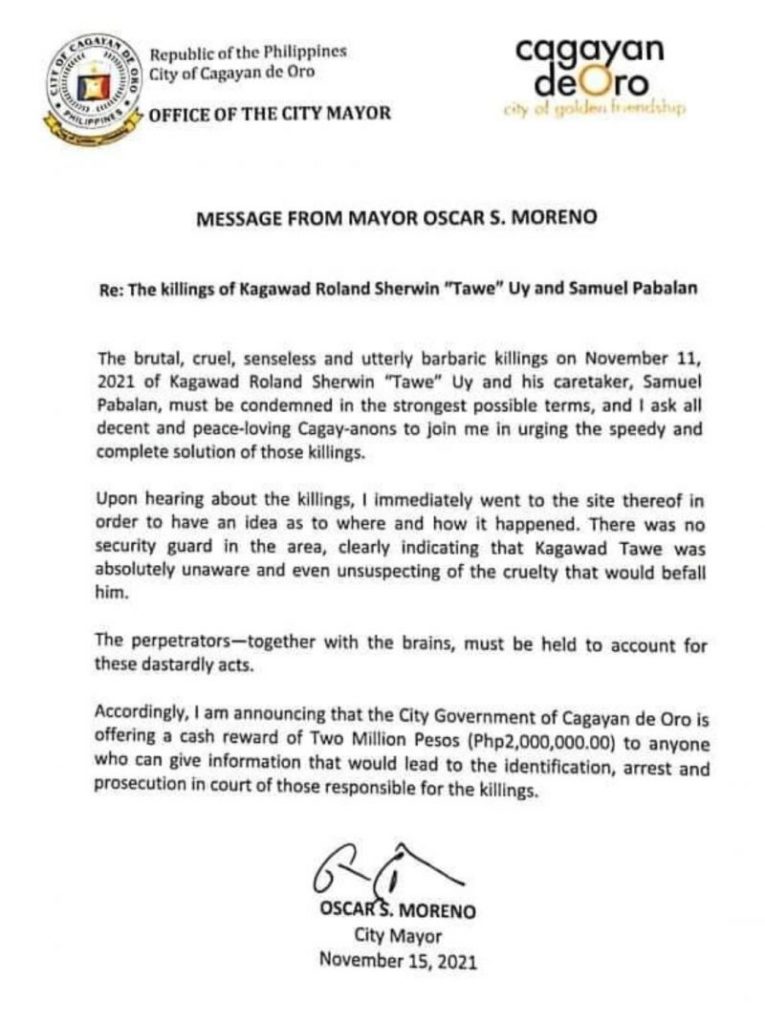