Mga higala! A netizen, Reylen Lopez, recently expressed his disappointment on social media, when his new P1,000 polymer bill was allegedly rejected as payment by a certain mall due to its fold marks! 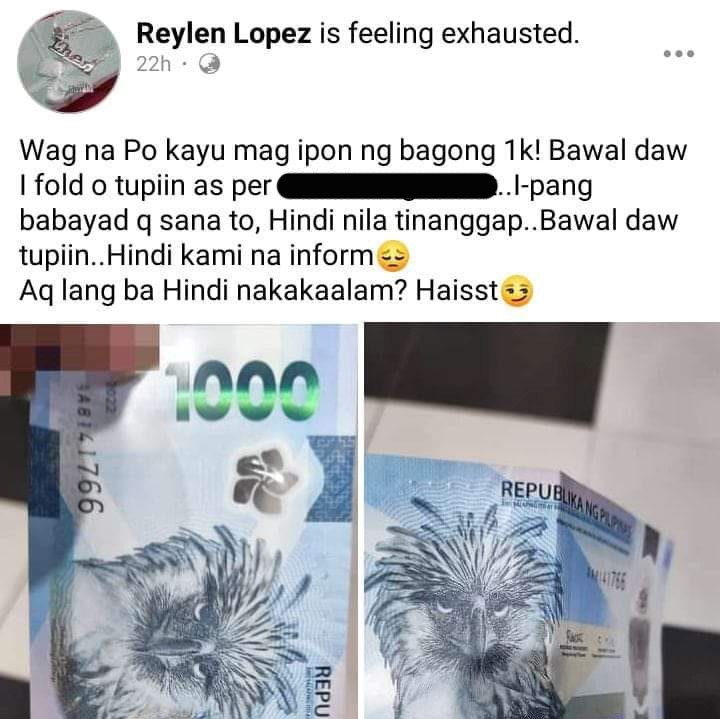 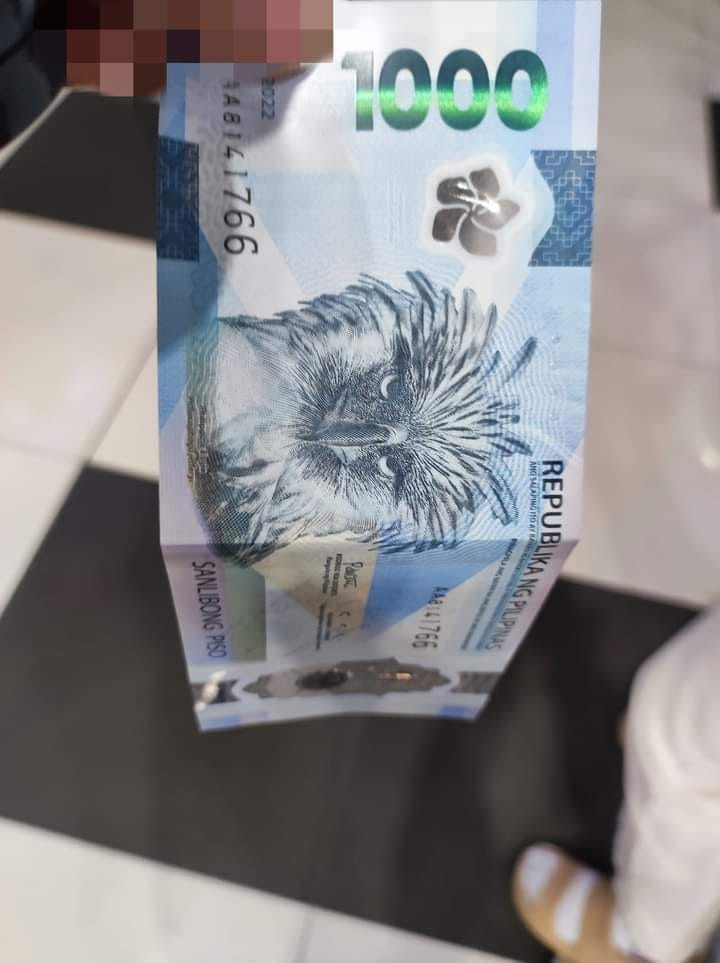 ICYDK, the Bangko Sentral ng Pilipinas (BSP) has already announced that folding or crumpling the new banknote is highly discouraged: