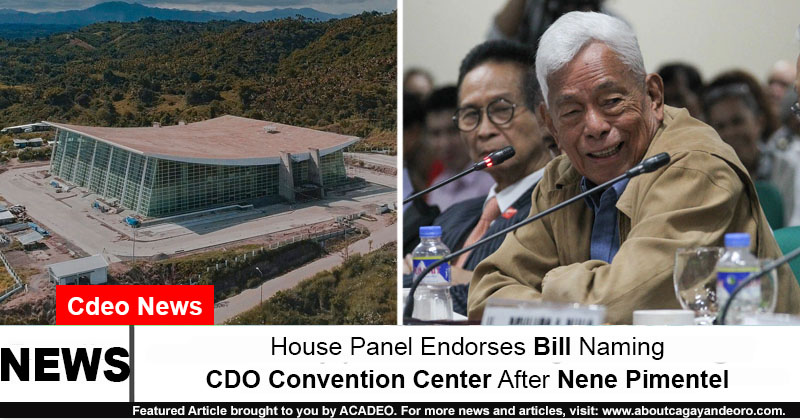 The said bill, House Bill No. 5703, was authored by Deputy Speaker and 2nd District Rep. Rufus Rodriguez, and aims to “honor of one of the most distinguished sons of Cagayan de Oro City.”

ICYDK, the convention center was conceptualized in 1988, with then-Senator Nene Pimentel securing the initial funding for its construction, which started in 2003.

Rodriguez expressed that the late Nene Pimentel “was a great statesman of our country, a true Mindanaonon, and a native son of Cagayan de Oro City.”

He then emphasized some of Pimentel’s achievements:

BTW, the said convention center is set to be completed in February 2021.

What do you think of this higala?