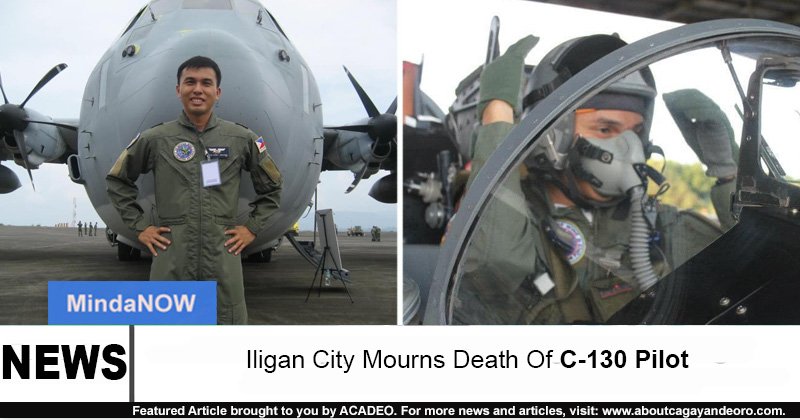 Mga higala! Iligan City is now mourning the death of Maj. Michael Vincent Benolerao, an Iliganon who was one of the pilots of the C-130 plane that crashed last July 4, 2021, in Patikul, Sulu!

Major Benolerao was only 38 years old. He is a native of Iligan and graduated from the Mindanao State University-Iligan Institute of Technology (MSU-IIT) Integrated Developmental School.

According to his friends and family, Benolerao is a patriotic, passionate, and well-loved individual. He even chose to join the Philippine Air Force (PAF) instead of working at a commercial airline.

Below is a post from his sister and an article from the Philippine News Agency: