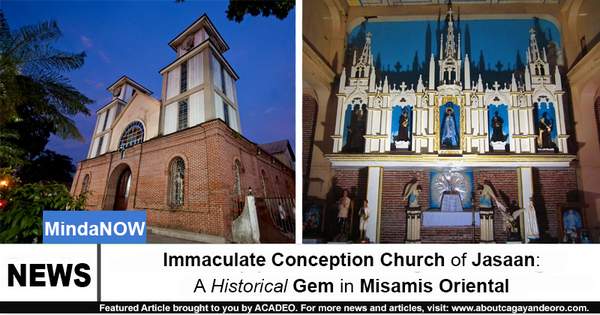 Mga higala! Have you been to the Municipality of Jasaan and visited the Immaculate Conception Church?

ICYDK, this barn-style “Baroque” church was declared as a National Cultural Treasure in Northern Mindanao.

It features four bells in its two bell towers. The oldest bell dated 1807 while the largest one was casted with “Nuestra Señora de la Inmaculada Concepcion de Jasaan Año 1854.”

If you happen to get to Poblacion in Upper Jasaan, don’t miss a selfie with this historical treasure.