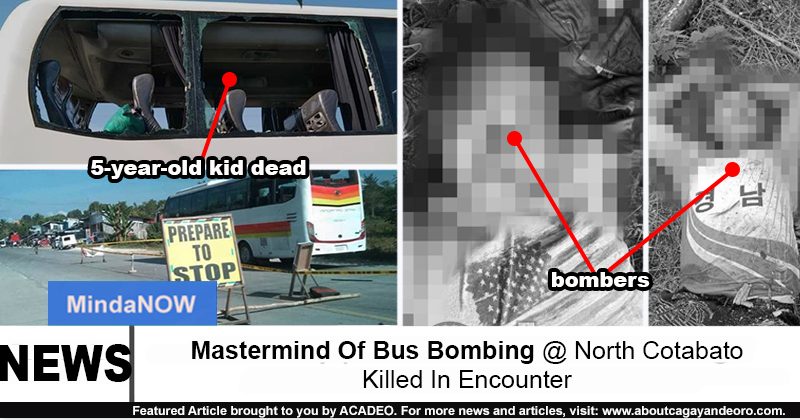 Mga higala! Norodin Hassan, the mastermind of the bus bombing last January 11, 2022, in Aleosan, North Cotabato, was killed during a manhunt operation in Carmen!

ICYDK, the said bombing injured 6 people and resulted in the death of one 5-year-old boy.

Details of this were recently disclosed by the Army’s 6th Infantry Division.

According to their Facebook post, Norodin Hassan (alias Andot), is a known Emir for Military Affairs of the Daulah Islamiya Hassan Group (DI-HG).

After the said bombing incident, he was tracked down with the help of intelligence reports and information from the civilian populace.

He was then killed together with 3 other extremists in an encounter on January 15. The following were confiscated: