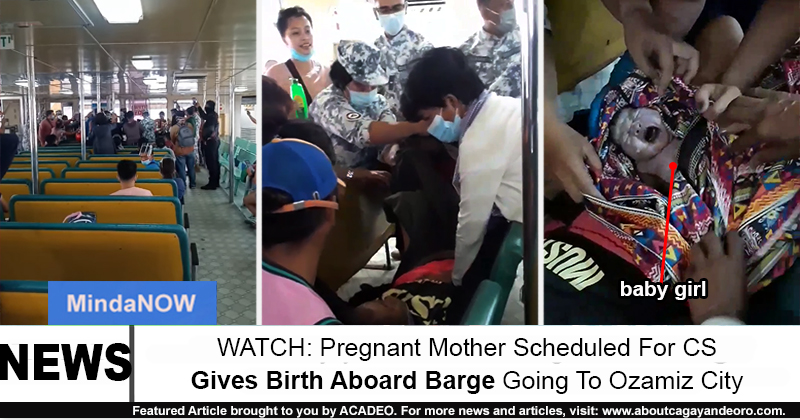 The said mother was supposed to go to a hospital in Ozamiz but suddenly went into labor while the barge’s trip was being delayed by strong winds.

Thankfully, there were nurses/police officers on the same barge that immediately responded to the situation.

Despite it being a risky delivery, with the help of the nurses, some frontliners, and other concerned citizens, the mother was able to successfully give birth.

Personnel of the Philippine Coast Guard (PCG) then arrived and offered their assistance.

The mother and her baby are now in good condition.

Watch the videos below: