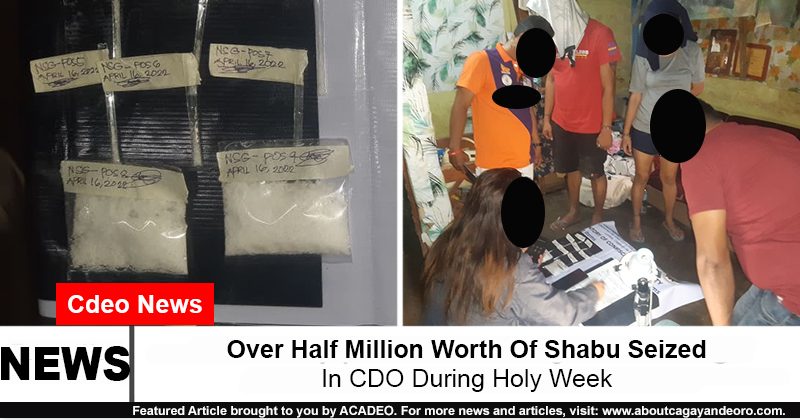 Mga higala! Sachets of shabu with an estimated worth of P680,000 were confiscated in Cagayan de Oro City during Semana Santa or Holy Week!

According to a post by PB Gen. Benjamin Acorda Jr, the said shabu was seized during a joint drug buy-bust operation in Zone-9, Macanhan, Brgy. Carmen, last April 16, 2022, from the following suspects:

They are now under the custody of the Cagayan de Oro City Police Office’s (COCPO) Police Station 8 for proper disposition.

“Our campaign against criminalities and illegal drugs has never let up. Our continuous effort in attaining peace and order in Northern Mindanao is what makes our police on the ground manage to apprehend the offenders.