Mga higala! The Philippine Drug Enforcement Agency (PDEA) of Region 10 has intercepted and confiscated around 4 kilograms of shabu worth over P27 million in Brgy. Maria Cristina, Iligan City!

The said shabu was seized in the possesion of Arnel Magno Asuncion, a resident of Davao del Sur, during an anti-drug operation last March 12, 2022.

According to PDEA, Asuncion is a person of interest and they have been monitoring him for a few months now. 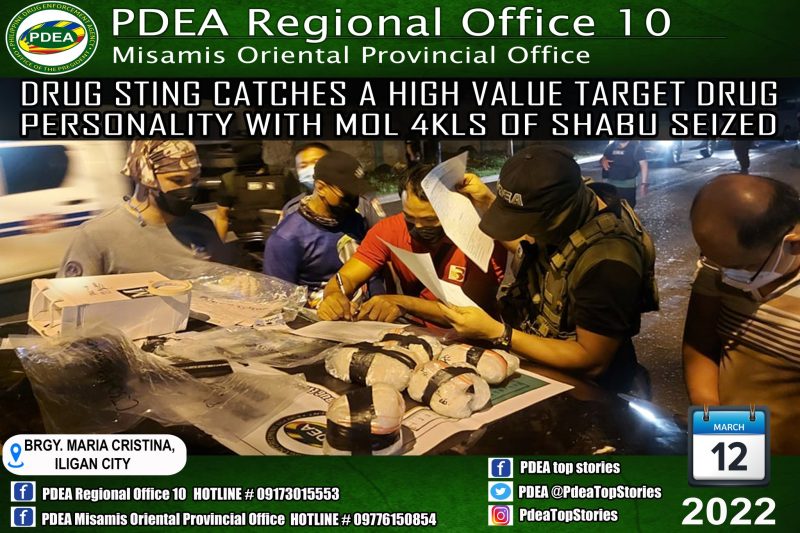