LOOK: Remains Of Soldiers Killed In C-130 Crash Finally Returned To Their Hometowns In Region 10

08 Jul LOOK: Remains Of Soldiers Killed In C-130 Crash Finally Returned To Their Hometowns In Region 10 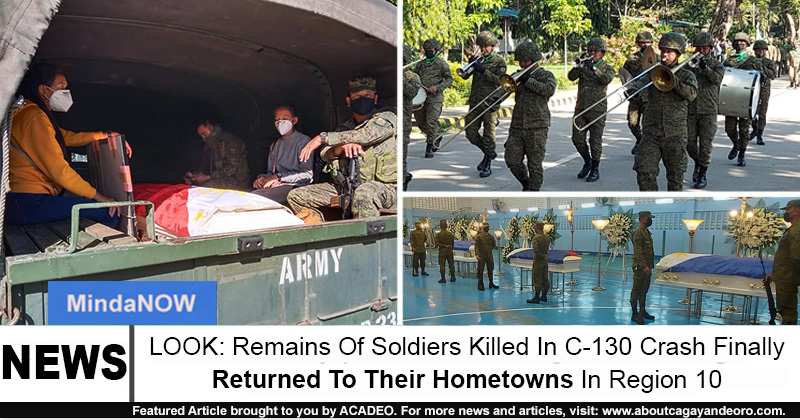 Mga higala! The remains of some soldiers from various areas in Region 10, who were killed in the recent C-130 plane crash in Patikul, Sulu, were finally returned to their hometowns today, July 8, 2021!

Below are the said soldiers:

ICYDK, these soldiers arrived yesterday at the Lumbia Airfield and were brought to Camp Evangelista.

Check out the posts by RMN DXCC 828 and Isagani Acosta Lacosong below: