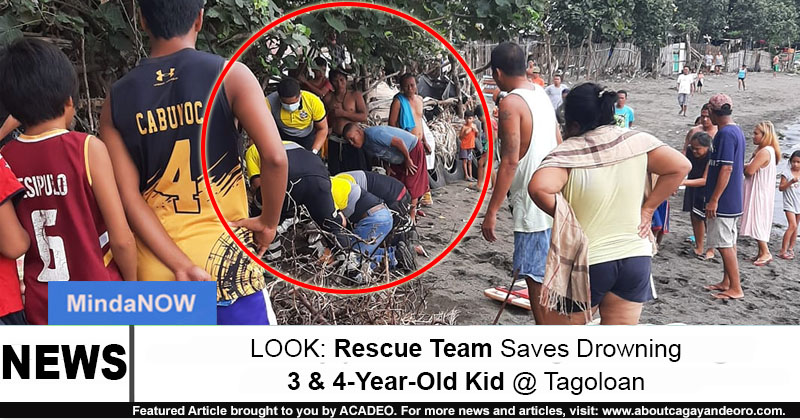 According to a post by Michale Travero, they responded to a call that some kids were drowning in Brgy. Baluarte, Tagoloan, Misamis Oriental, near a seawall.

They then found the already pale siblings upon arrival on-site and performed CPR (Cardiopulmonary resuscitation). Thankfully, the kids exhibited physical response and were still alive.

They were then brought by the said rescue personnel to a nearby hospital for immediate medical attention.