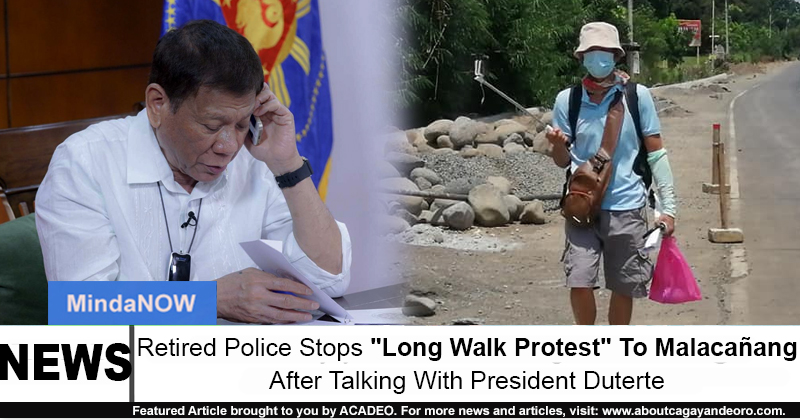 (Photo by Jonathan Bullo and Rappler)

Mga higala! Hector Fernandez, the retired police who started a “long walk protest” from Bukidnon to the Malacañang Palace, has decided to stop after talking with President Rodrigo Duterte on the phone and receiving assurance for help!

According to a post by RMN DXCC 828, Fernandez received the call while in Gingoog City and was able to have a discussion with Duterte and Justice Secretary Menardo Guevarra about their suspended disability benefits.

The President told him that he will be providing attorneys for Fernandez and his colleagues and will help them reinstate the said benefits.

Upon the President’s advice, Fernandez then finally decided to stop his long walk protest and go home to Manolo Fortich.