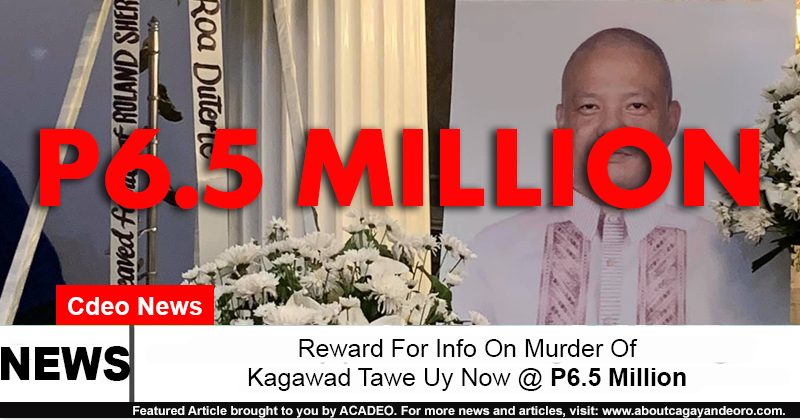 Mga higala! The cash reward for those who can provide any information that can help in the identification and arrest of the people responsible for the murder of Kagawad Roland Sherwin “Tawe” Uy and his caretaker has now increased to P6.5 million!

This was announced this afternoon on Congressman Rolando “Klarex” Uy’s Facebook page.

Below is the breakdown of the said reward’s contributors: