ICYDK, as part of their renovations and rebranding, various works are now being conducted, including the fabrication of a new logo for their facade:

This render shows their new logo and their soon-to-be-finished North Wing Expansion project. 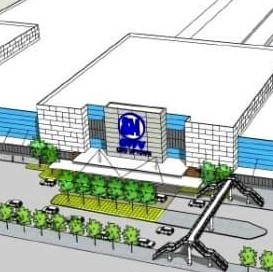