Posted at 16:14h in Technology by Luis 0 Comments
Share Over the years, the world’s technology has advanced in ways that some of us never even imagined. Phones and computers became smaller, communication became faster, and even our most basic needs can be acquired with just one click.

All of this progress is aided with gadgets invented by brilliant minds. However, even with the release of various machines that help in our everyday lives, the problem with each of our gadget’s power source was never completely solved. (Except if your Iron Man, or even Elon Musk)

Modern gadgets may have become more useful and advanced, but they all lack in a certain important area- battery life. The invention of power banks may have helped, but even that have limitations.

In regards to these problems, Matrix Industries Inc. has begun the first step by creating a smart watch called the MATRIX PowerWatch X, introduced in the Consumer Electronics Show 2018. And offers to solve battery issues by using body heat as an energy source. This smart watch measures its wearer’s burned calories, activity level and even the amount of electrical power being generated. It also has a step counter and sleep tracker. The white inner circle in the display shows how much real-time power the watch has. An app compatible with Android and iOS will be made available soon.

As you may have observed, the Powerwatch X appears to have limited functions compared to other smartwatches. But, its ability to recharge via body heat adds a big plus which makes it more reliable to its user.

Moreover, the PowerWatch X currently stands as the top-of-the-line model from Matrix with a 200-meter water resistance, larger display, and notification function. 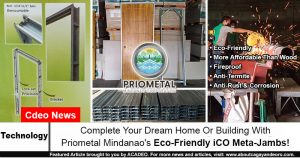