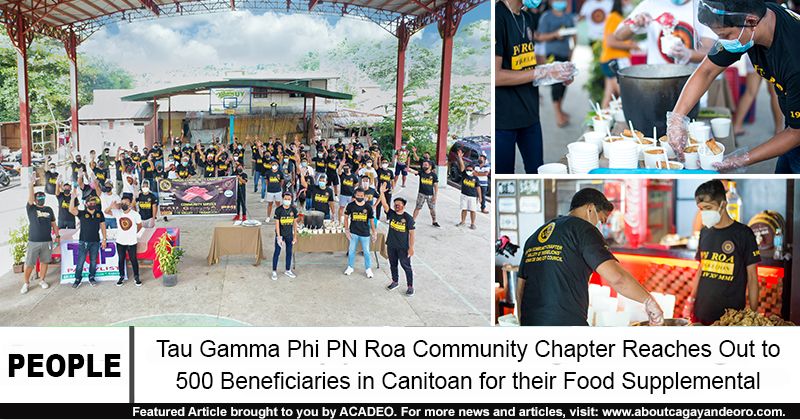 REACH OUT: MAN IS A BROTHER UNTO MAN!

Embodied by its ideals in conformity to its tenets and Codes of Conduct, Tau Gamma Phi is the Triskelions’ Grand Fraternity, and has been in Supremacy for the last Fifty Three years. Founded by its forefathers from the University of the Phils, Tau Gamma Phi believes in principles and rationality and NOT ON VIOLENCE. 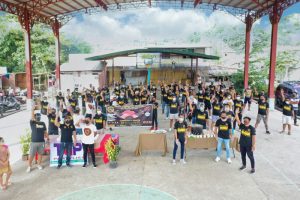 This Grand Fraternity revolves on community development and service; that despite the current health and economic crisis brought by this pandemic, Tau Gamma Phi still urges Triskelions to step out from their comfort zone and REACH OUT to communities who are struggling to secure some of the basic needs.

This universal Kind of brotherhood (MAN IS A BROTHER UNTO MAN) reflects the aim of the Fraternity to become a true brother to another human being, to struggling families and to in-need communities. Continuing the essence of supremacy, Tau Gamma Phi PN Roa community chapter headed by their Chapter Grand Triskelion Brod. Jorge Cinco implemented pre-anniversary services as part of the LINGGO NG TGP Activity, honoring 53 years of brotherhood supremacy with the theme PATULOY TGP! Patuloy na Tapat at Ganap na Paglilingkod. 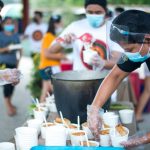 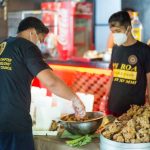 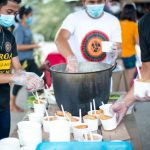 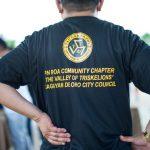 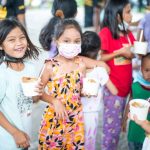 The Community activities included series of clean-up drives at the PN Roa vicinity and School Sanitation in two different Sundays and culminated with a Food Supplemental Assistance. This feeding Assistance was rendered to meet one of the basic needs of a family and that is food. That even just for one meal in a day the chapter could share a nutritious meal to pandemic-affected individuals.

The activity which happened on a Sunday, September 19, targeted three strategic sites at the relocation area of Calaanan, Canitoan, Cagayan de oro city. 1 st site was at the GK Shell Habitat, 2 nd was at the covered court of phase1-zone5 and the last site was at Zone10 Health center.

The assistance targeted 500 beneficiaries which was coordinated with the help of the local barangay, headed by Brgy captain Joshua taboclaon, to assure that health protocols are followed: wearing of face masks, hand-washing and observing 1m social distancing.

The activity ended successfully with a live Human Seal at the PN Roa Subd Soccer field that was participated by 80-strong Triskelions.

The chapter looks forward to more community services embracing one of it tenents, LIVE AND LET LIVE!