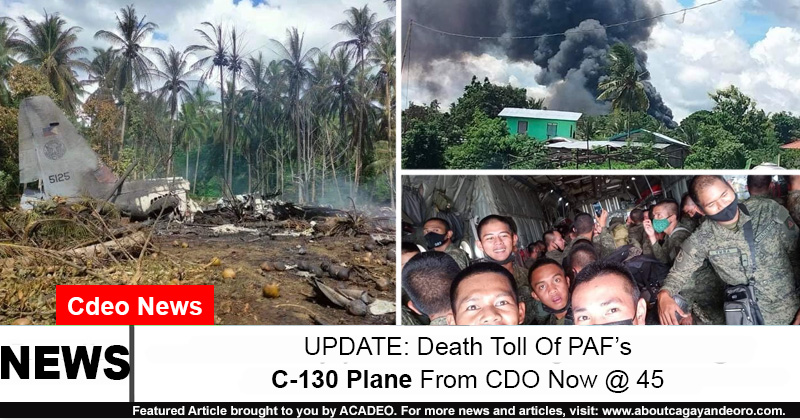 42 of these are military personnel while 3 are civilians. Meanwhile, 53 are said to be injured (4 civilians) and 5 soldiers are still missing.

ICYDK, the soldiers aboard the C-130 plane were being transported to Jolo in order to augment the military’s operations against the Abu Sayyaf.