The said warrants were issued for:

According to ABS-CBN News, this was confirmed by Baguio City Police Director PCol. Allen Rae Co.

Below are photos of the warrants of arrest: 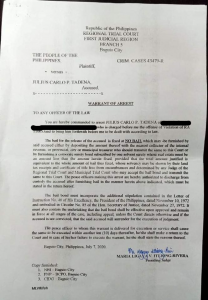 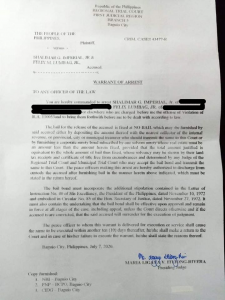 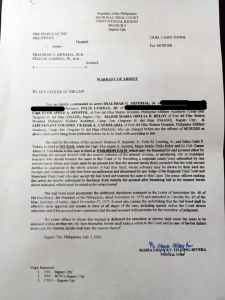